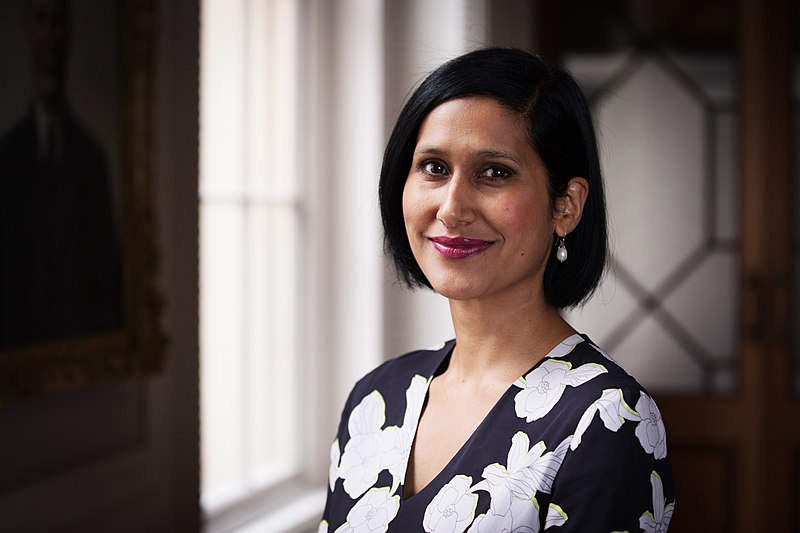 Dr Hayaatun Sillem says the value of education and the self-coaching mindset her parents instilled in her as she grew up in west London has been a guiding principle all her life. The desire to make a positive contribution to society has been another key goal.

Both are values she is pursuing at the Royal Academy of Engineering, where she has been Chief Executive since 2018, leading a team of some 140 staff, and overseeing a budget of more than £50m.

A classic all-rounder, with A’ levels in chemistry, biology and Russian, Dr Sillem found it difficult to decide on a career. She chose biochemistry, and after graduating from Oxford she was studying for a PhD in cancer research at UCL when she developed severe sensitivity to chemicals.

She completed her doctorate, then switched to engineering policy, landing a job at the Academy and later moving on to work at the House of Commons for the Science and Technology Select Committee.

Parliament was a wonderful learning exercise working, she says. “There is lots you can complain about, especially if you have expertise in IT and science, but it helped me understand much more deeply the motivations and pressures that influence day to day experience of MPs.It is unhealthy for democracy if the technical community isn’t willing to get involved with our political community.”

After becoming involved in overseas engineering policy through the Department for International Development, Dr Sillem returned to the Academy to head its international activities. Her appointment as CEO was a real break in tradition and a huge opportunity, she says. “I was first woman in the job, the first from a minority ethnic group, and my recent predecessors all came from the armed forces. I just looked so different from anyone who’d gone before.

“And I tried to make the most of that to help challenge perceptions in a world where people do still have a narrow picture of who engineers and technology professionals are and what they do. That’s an important part of our work at the academy.”

But with a mixed race background, and parents of modest means, her proudest achievement is having stuck with an internal voice of doubt and a sense of differentness. She is a leading voice on diversity and inclusion in and beyond engineering, and co-chaired the Hamilton Commission on improving representation of black people in UK motorsport with Sir Lewis Hamilton.

There is a “massive diversity deficit in engineering,” she says “And this really matters because engineering and technology are everywhere in our lives. The people who develop deliver, maintain and upgrade the products and services we all rely on every day are currently way too unrepresentative of the society they serve. And that is not good for us as a profession.” It is a balance she is striving to redress.

Hayaatun Sillem on Engineering and Parliament

Hayaatun Sillem on Research Before the Internet