Our Trustees meet regularly to oversee the work of the charity and contribute their time, expertise and contacts to help make the project a success.  Learn more about them below: 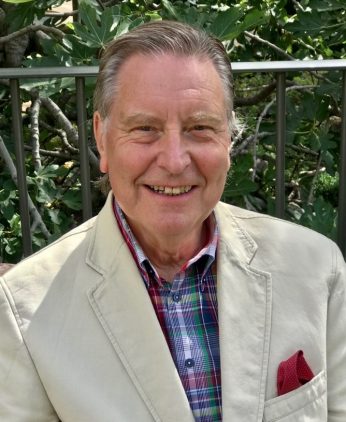 John was educated at LSE, Edinburgh University and the LBS. He worked at BT for over 20 years, joining when it was part of the GPO. For almost 10 years John worked in international telecommunications with senior roles in finance, strategy and new business development.

From 1983 he played a key role in the development of cellular communications in the UK and Europe. John was the founding CEO of Cellnet – now O2.  He was an initial signatory in 1987 of the agreement that established the digital international cellular standard, GSM. After BT John worked in Cable and Wireless developing cellular businesses in the UK and worldwide before becoming the Management Board member responsible for operations in 34 countries, including the Caribbean.  From 1995 John worked with a number of emerging companies as Chair or CEO, most notably Mobile Systems International plc.

Now retired from industry, he was Chair of the Council of Gresham College 2014 – 2019 and currently Chairs the Woodbridge Tide Mill Charitable Trust.  John was a founder member of the Information Technologists Livery Company, where he was Master 2001 – 2.

John lives in Woodbridge with his wife Lindi. His hobbies are walking, gardening and clocks. 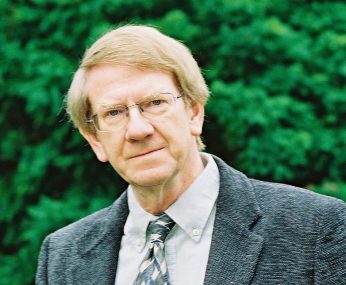 Martin Campbell-Kelly is emeritus professor in the Department of Computer Science at the University of Warwick, where he specializes in the history of computing. His books include “ICL: A Business and Technical History,” “From Airline Reservations to Sonic the Hedgehog: A History of the Software Industry,” and “From Mainframes to Smartphones: A History of the International Computer Industry” (co-authored with Daniel Garcia-Swartz). He has held visiting appointments at the National Archive for the History of Computing at Manchester University, the London School of Economics, and the Massachusetts Institute of Technology. Professor Campbell-Kelly is a Fellow of the British Computer Society and a Fellow of the Learned Society of Wales. He is a committee member of the BCS Computer Conservation Society, and a trustee of the National Museum of Computing. He is a member of the editorial boards of the IEEE Annals of the History of Computing, the International Journal for the History of Engineering and Technology, and the Springer Series in the History of Computing. 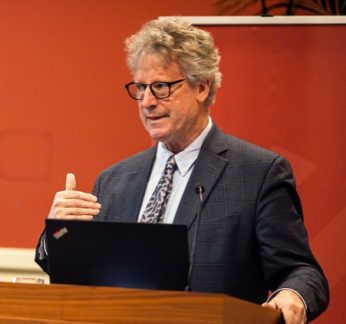 Professor Bill Dutton is an eminent authority on the role and impact of information and communications technology in society. He was the first Director of the Oxford Internet Institute, founded in 2001, with support from Dame Stephanie Shirley, to focus on the societal opportunities and challenges of the rapidly developing technology.

His graduate studies were in Political Science, since when Bill has held roles with many institutions, notably at Oxford University with Balliol College and the Oxford Martin School. Bill was also the Quello Professor of Media and Information Policy and Director of the Quello Center at MSU and Professor at the Annenberg School for Communications at the University of Southern California, where he remains an Emeritus Professor.

He combines expertise in society and the Internet to illuminate the interplay of technology with issues such as security, democracy, (dis)information and other social issues of ICT. Bill has served in a number of civic and public service roles, such as chairing Ofcom’s Advisory Committee for England (ACE) from 2009-14. 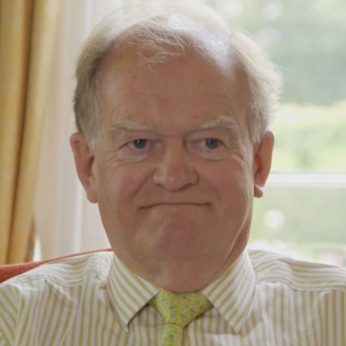 Roger graduated from Fitzwilliam College, Cambridge with a degree in engineering. After a period in heavy electrical engineering and then aircraft design he joined IBM where he was responsible for their second largest industrial account in the UK.

He was invited to join an IT consulting start-up which was sold within 18 months and then started to build the BIS Group with great colleagues and over 17 years was installing software in banks in 74 countries from offices in 14. His other activities in direct marketing, the pre-cursor to social media, tech marketing research and IT consulting and training he finally sold it for c.£120 million in 1993.

Since then he has worked with 20 start-ups and has exited 13 – they have been in a diverse array of tech-based businesses many with a marketing bias but also recently a very hi-tech small aeroplane! Married with three children and seven wonderful grandchildren he travels a lot, flies light aircraft, goes to the opera and plays bridge, with gardening for exercise! 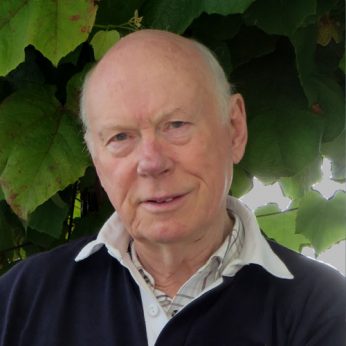 Currently a Director of Getmapping. He is also Chairman of Governors of the WMG Academy for Young Engineers (a UTC). He read Classics at Exeter College, Oxford. He has an MA from Oxford and Honorary Doctorates at a number of other universities. He is a Fellow of the RSA, RGS, CMI, IET and BCS.

His career in IT began in 1962 with the Ford Motor Company; he worked for Plessey 1965 to 1972 and became Head of Management Services: he moved to British Leyland where in 1987, he led an employee buyout of ISTEL Ltd which he had established in 1980; in 1989 ISTEL was taken over by AT&T. He was the Executive Chairman of AT&T ISTEL until April 1993.

In November 1993, he joined RM as a non-executive director and in October 1994 became the non-executive Chairman. He took RM through an IPO (on the main market) and remained Chairman until 2012. He has been chairman/non-executive director of a number of other IT companies. Leighfield was President of the British Computer Society (1993–4) and the Computing Services and Software Association (1995–6).

Tola Sargeant is a noted observer and analyst of the 21st century IT industry, with a broad view across the B2B industry sector, including the new startups and scaleups that are influencing the future.  She has been a Director at influential UK IT analyst firm TechMarketView since 2009, and took on the role of Managing Director in May 2017.  An analyst at heart, Tola has responsibility for TechMarketView’s strategic direction, overseeing Client Services and Sales and Marketing activity, as well as TechMarketView’s groundbreaking research and analysis.  With some twenty years’ experience in the sector, Tola is a respected industry analyst known for her commentary on the UK software and IT services market and for her in-depth knowledge of public sector and healthcare IT.

Before joining TechMarketView, Tola was Practice Leader for Ovum’s Geographies & Industries practice where she was responsible for Ovum’s government and healthcare IT research globally, a role that included advising the UK government’s £12bn National Programme for IT in the NHS. Prior to that, Tola analysed the telecoms and networking markets for a range of Informa publications and spent time as a Foreign Correspondent covering financial and technology news for the Japanese News and Wire Agency, Jiji Press, in London.  Tola has an MSc in International Business from Manchester Business School and a First Class BSc in Russian and Economics with International Business from the University of Surrey.  Tola is proud to be an active member of The Prince’s Trust’s Technology Leadership Group, supporting the charity in its efforts to help young people achieve their full potential. 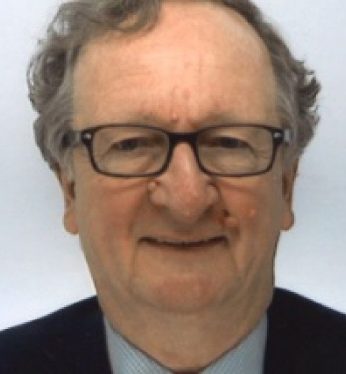 Dr Mike Short CBE, is a leading figure in the development of telecommunications, in the UK and internationally, having been involved since the earliest days of the privatised BT and the launch of cellular in the UK.

Mike has over 40 years’ experience in electronics and telecommunications and latterly served as Vice President of Telefonica, the parent company of the O2 mobile phone network, for 17 years to December 2016. He has specialised in Mobile communications since 1987, managed the launch of 2G (GSM) and 3G mobile technologies in the UK and led research and development for Telefonica Europe.

His career also includes the promotion of international technical standards in mobile technology, and is also a former Chairman of the global GSM Association, the UK Mobile Data Association, and president of the Institution of Engineering and Technology. He was honoured with a CBE in 2012 for his services to the mobile industry.

Mike currently leads the science and engineering profession in the Department for International Trade (DIT), having joined as the department’s first Chief Scientific Adviser in December 2017.  He supports UK exports and inward investment to the UK, particularly where science and technology can make a difference.

He is a visiting Professor at the Universities of Surrey, Coventry, Leeds, Lancaster and Salford, where in recent years he has led the development and collaboration in areas such as Telecommunications , Smart cities, Digital healthcare, Cybersecurity and Driverless vehicles.

He is a Fellow of the Royal Academy of Engineering , BCS , IET , ITP and the Royal Geographical Society .