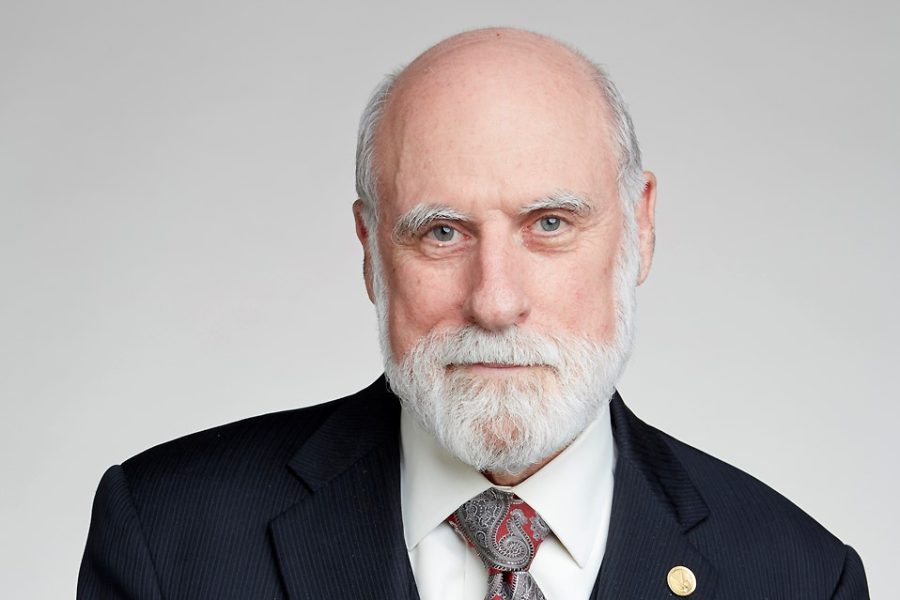 We are very excited to invite you to join us on 6 January 2022 to celebrate the start of a new year with AIT and Vint Cerf, Chief Internet Evangelist at Google, also known as ‘one of the fathers of the internet’.

This virtual event is in collaboration with BCS and the Computer Conservation Society CCS. The seminar will be chaired by Prof. M. J. (Jim) Norton, Fellow of the Royal Academy of Engineering, who worked on the early UK Experimental and Public Packet Switched Services.

Vint’s presentation ‘Internet, the Early Days’, will see him guide us through the work at the National Physical Laboratory and its role in the Arpanet project (Advanced Research Projects Agency Network), the birth of the term ‘packet’ by Donald W Davies, the founding of the spec for TCP protocol in 1974, the turning on of an operational internet in 1983, the 1991 release of Sir Tim Berners-Lee world wide web, to the invention of the iPhone which connected the Internet and handheld telephony that continues to drive access to and use of the Internet today.

Vint will then take us on to the internet of things and out into space where an interplanetary internet is already running on the International Space Station, in prototype form on Mars, and will be implemented in support of the Moon missions Artemis and Gateway.

Having taken us from 1967 into the future, Vint will take questions from the audience. Don’t miss out on an opportunity to ask one of the fathers of the internet a question, book your tickets now, places are limited.

About Vint Cerf:
Vint Cerf is Vice President and Chief Internet Evangelist for Google. He is known as one of ‘the fathers of the internet’ for his work with Robert Kahn, as the co-designer of the architecture of the Internet.

In 2004, Vint and Robert were awarded the prestigious A.M. Turing Award for their “pioneering work on the Internet including the design and implementation of the Internet’s basic communications protocols, TCP/IP, and for inspired leadership in networking.”.