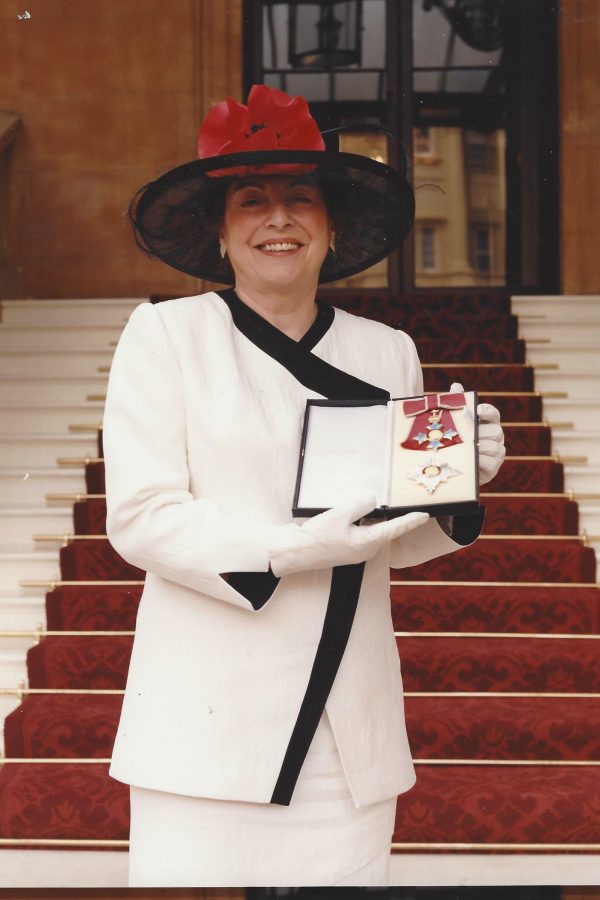 “I was the first woman ‘this’, the only woman ‘that’ and opened the door for many women, especially in high tech.”

“From IT entrepreneur I became an avid philanthropist”

Dame Stephanie Shirley was born in 1933, in Germany. The daughter of a Jewish judge who was pushed out of office when the Nazis came to power in 1933.  In 1939, Steve and her sister left Vienna on the Kindertransport and came to England.  She arrived in July of that year and was placed with foster parents in the Midlands.  She arrived with no English, but by September, her language was good enough for her to start school.

Dame Stephanie went to a village school for one term, and then a private Roman Catholic convent for four years. She quickly developed an aptitude and enthusiasm for mathematics which caused the nuns to suggest they were not best equipped to teach her.  She was awarded a scholarship to a grammar school in Lichfield and then moved to another grammar school, Oswestry from 1946 – 1951, where she was one of around 30 boarders in a school of three or four hundred.  She learned pure maths at the boys’ school as there was no one capable of teaching the subject at the girls’ school.

Dame Stephanie studied part-time for her Batchelor of Science degree from Sir John Cass College and then began a Master of Science but decided not to pursue it as she realised in order to gain the acceptance she was looking for, she really needed a PhD, but could not face studying for it part-time. 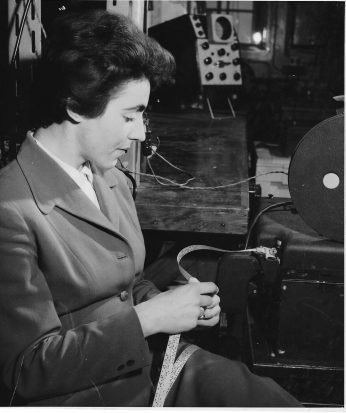 Dame Stephanie began her IT career at the Post Office in London in 1951 at the age of 18.  She was a scientific assistant, a job involving a lot of mathematical calculations using a calculating machine.  She describes it as an excellent training because she worked for a boss who, whilst being meticulous about accuracy, was the kind of boss she did not want to become.   From being a Scientific Assistant earning £215 a year, she was promoted to the next grade – Assistant Experimental Officer.  Pay depended on grade, age and gender, with women on a much lower rate than men.  Sexism was a major feature in her early career.

She worked on ERNIE, which was the special purpose computer used to generate the Premium Bonds winning numbers, checking it was producing random results and giving monthly reports to Parliament.  For the first time, computers were being used to manipulate vast amounts of data.  The checking of ERNIE was run on a Pegasus computer which cost £1 per minute to use. Steve also worked on Atlas for two operational tasks.  One was to do with the scheduling of British Railways freight trains, and the other was to do with stock control.

Dame Steve joined the British Computer Society on its inception.  The BCS held its first conference in Cambridge and she requested leave to attend.  When this was refused, she took holiday, paid for herself and went anyway.  In 1959 Dame Steve left the Post Office Research Station as she got married and did not want to work at the same place as her husband, a physicist working on wave guides.  She describes the main skills she took with her as perfectionism and accuracy.

Computer Developments Limited: From 1959 until 1961, Steve Shirley was chief programmer at CDL, based in Kenton, north London.  She enjoyed the team working atmosphere and the management style of being trusted to get on with her work.  She was responsible for checking the software for the ICT1301 computer.  The engineers were using it during the day, so she worked at night.  She did not find the work challenging but felt a sense of responsibility as it was important the tests were done and the schedule adhered to.   As manager of a small team, she learned to show her weaknesses which she believes enabled her to get the best out of other people.  But taking on a management role meant, she missed doing the software design.

In 1962, Dame Stephanie had hit the ‘glass ceiling’ again, and decided to set up her own company, Freelance Programmers.  With £6 of capital, she created a business that she felt other women would enjoy working with.  The employment policy was jobs (later careers) for women with children, and enabling them to work from home.  In 1975, when Equal Opportunities legislation came in, they had to let men in.

To start with, Dame Stephanie says, she was making it up as she went along.  She found herself running a business with no knowledge of how business worked.  As there were no MBAs in Britain at the time, she enlisted the help of Jack Bungard, a lecturer at the Watford Management Centre.  They traded skills: first-hand knowledge of a new IT service company for the benefit of academic experience.  Jack taught her how to sell.  As the demands of the company changed, Dame Steve developed her skills to keep up with it.  She learned to sell, she learned finance.  She describes the time as “carrying all these difficult people on my back, just to get their technical skills out of them”.  She believes she is good at finding people and growing them into high achievers.  After 11 years, the company became a collegiate, cooperative institution co-owned by colleagues who shared a 26 per cent stake.

She wanted to be doing scientific research when the market was paying for commercial research which she found quite boring, so the first jobs were a compromise: program evaluation review techniques.  Tate & Lyle was an early client, for whom they scheduled the movements of their lorries. Dame Stephanie got the business by approaching companies who were advertising for programmers, sending out dozens of letter and normally getting no response.  Her husband suggested she use her family nickname of Steve.  By signing the letters, Steve Shirley, rather than Stephanie, she began to get some replies.   She says she turned herself into what they wanted and was described in the computing press as ‘the ubiquitous Steve Shirley’.  She sometimes made five sales calls in a day which meant that when the companies on her list did have some work it came to her.

Dame Steve still believes there are unconscious biases in the IT sector.  There are more women at the conferences, but still few at the top of the companies.  Many women have a career gap and never catch up.  She believes they do not understand the cost of success; they must be visibly competent, master marketing and finance and grab the opportunities that are offered.

The company grew entirely organically.  During the recession of the 1970s, to cope with the cash flow of the growing business, payments to the staff were geared according to when the client paid, but if the client hadn’t paid for three months, they paid the staff anyway. A successful stock market flotation came about because the staff wanted money, rather than control.  Dame Steve had three attempts at managing her own succession, eventually getting Hilary Cropper through headhunters.

Dame Steve says her biggest mistake was to try to emulate the success she had had in England in Denmark, Holland and the United States.  She had to close all three of them down.  With hindsight, she would also have brought in a finance director much earlier.  She deliberately waited 25 years before hiring one as she wanted to keep the money side of the business simple and within her understanding.

The Future of IT

Dame Steve sees that with the rise of artificial intelligence there is going to be change.  Some jobs may disappear whilst others will be created.

Dame Steve says her drive to start things comes from the justification that she feels necessary for the fact that 75 years ago she was saved when a million children died.  As a young child she was told, ‘Aren’t you lucky to be saved…’ She decided to make hers a life worth saving and likes to feel that she has made a difference.  Her work gives purpose to her existence.

Dame Steve regards training as vital, and recommends getting experience in a company in any sector and then using that to launch yourself.  She believes the IT industry in Britain was lost when ICL was acquired by Fujitsu, ending computer hardware development in this country.  There are still successful software creators, particularly in the development of gaming.

Interviewed by: Richard Sharpe on the 20th February 2017 in Henley