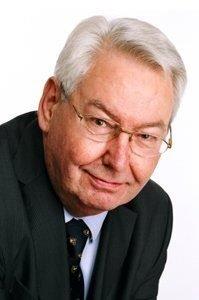 “Together with George Cox and some other colleagues I set up Butler Cox plc and the Butler Cox Foundation.  We led major corporations and public agencies to understand the significance of the computer revolution” 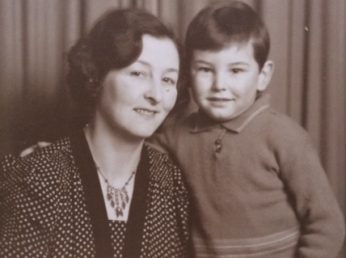 David Butler was born in north London on 1 February 1936 and was the youngest of six children. He describes his parents as ordinary, working-class people. His father was an upholsterer who made “cheap and cheerful furniture for ordinary people”.  When the Second World War began, his father volunteered for the Royal Air Force, as he was afraid it might be like the First World War and he did not want to be in a trench.  With no engineering skills, he became the cook at a barrage balloon site.  His wife described his cooking as ‘Hitler’s secret weapon’. 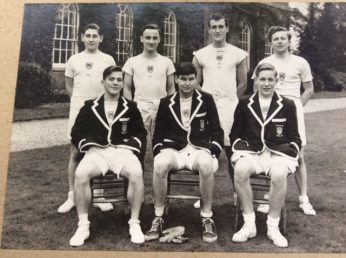 David passed the Eleven Plus, because with his father away at war, David’s mother made it her mission (the four eldest children did not have that opportunity).  He went to grammar school and then, through the county awards system to a public school before Oxford University.  Having done well at school, he left Oxford without taking his degree.  He explains it was because he could not cope with university life.  His time at Oxford was spent playing cricket, acting in plays, getting drunk with his friends, and not doing any work.  He worked in an office job for three years for Sabena the Belgian airline and then returned to the university to complete his degree. For two terms, he worked fourteen hours a day, seven days a week and was awarded a First.  He even found time to publish an article in a learned journal on Spartan preclassical history.

David Butler began his career in 1960  at Hertfordshire County Council.  He avoided the graduate training schemes as he understood that graduates were being used as intelligent, cheap labour, but given no quality training.  This led him to choose a job in public service, working in the finance department of County Hall, Hertford.  He spent his time preparing the annual budget, and annual accounts.  It was not enjoyable as he was always in the office, digesting tables of numbers, rather than meeting people.

After a year and a half, he became a trainee computer programmer using the NCR NEAT compiler language.  The course taught him how to use the language, but gave no training on writing programmes.  It took a week or so for him to understand the principle of iteration. His first programme read figures from a paper tape and compiled an alphabetical list of names and how much the people owed.   David says that throughout his career, he never found anything as satisfying as writing programmes.  He stayed at Hertfordshire for four years becoming a systems analyst and then a project leader.  By the time he left, he had been managing his own projects for a few months.

In 1964, David moved to the North West Metropolitan Hospital Board as Computer Manager.  He was married with two children by this stage, and living in a house provided by the county council but wanted to buy his own house.  His new job came with a salary of £1500, which was enough to buy a house and a new car in 1964.   When he arrived at the hospital board David reconfigured the machine that had been ordered. He scrapped the punch cards and brought in paper tape to increase efficiency.

His next post was as a consultant for Urwick Diebold. His first job was to run the UK Diebold Research Program. It was the first club for CIOs who were a lonely group as they had nothing in common with the other board members, and could not get too close to the staff working under them for fear of losing their status.  John Diebold gave them a chance to get together and compare notes.  There was a presence in Germany, Holland and the United States.  The UK organisation had around 30 members.  David’s role was to go and meet these CIOs (or computer managers as they were then called) and listen to their problems.  He describes it as like being a therapist.  Many mistakes were being made as new technologies were adopted, and they needed help to see a way forward. David describes John as a genius who saw the computer revolution coming and invented automation.

During his first year, David was constantly traveling, sometimes visiting three countries in one day to develop the network.  Whilst the cat was away, the mice back at the office in Frankfurt were playing – taking three hour lunches and not doing any work.  David realised he would need to spend his second year at the office, particularly as the client pool had expanded from 100 to around 120.  David was tasked with telling George Cox that John Diebold was about to recruit someone to be his manager.  At the same time, he learned that he, too, was going to be managed.  Both David and George felt that they had been building their parts of the business successfully, but John Diebold was not satisfied.  It was time to leave and set up on their own.

David Butler and George Cox started their new company with no capital behind them.  They had an overdraft from the bank which meant that if the overdraft was not paid back within a reasonable time frame, each of the founders would be liable for the entire amount.  They recruited a brilliant American consultant who not unreasonably, requested a chair.  George said to him, “You sell a project, you get a chair!”. They aimed to create an impression of being an important and respected company, whilst internally being as careful and mean as they could.  Their first project was for Plessey, taking over a project which had originally been Diebold’s.

David was keen to set up the Butler Cox Foundation to carry out real research, something Diebold had been reluctant to do.  They started compiling the Grey Book a list of possible research projects that was sent to all members, who would then vote for the ones they felt would best enhance the industry.  Butler Cox then undertook the most popular ones.  It was difficult because many were members of Diebold and could not justify being members of both organisations, even though they liked the ideas.  Eventually John Playfer, of Rank Hovis McDougall joined and the following week Shell, BP, ICI and Unilever followed.  After that they soon expanded to 50, 60 UK members before starting in France.

During this time there was an understanding that the telecommunications, word processing and computer industries were converging.  There would be one device for doing all these things.  In every country where they had members, they set up a steering committee which would advise them on how to do business in that country.  Butler Cox had successful businesses in France, Germany, Italy and Sweden as well as the UK.

They launched in the United States in 1985/86 through buying Omni, a New York based company which produced an annual report on the office systems market that was sold to all the IT companies.  It was the year when IBM lost control of the its markets as other companies were making laptops and they were not.  This resulted in no sales of Omni’s report of the year, and nearly bankrupted Butler Cox as they tried to extricate themselves.

Butler Cox recovered and subsequently they hired a financial director, Jonathan Hubbard-Ford who set about preparing the company for an exit.  CSC made them an offer of £22 million.  The consultancy operation disappeared but the Butler Cox Foundation continues, as the Leading Edge Forum.  David worked for CSC as a stringer for the next four or five years.

David Butler had a portfolio of jobs, doing projects for individual companies including the Dutch PTT and setting up two research programmes called Talisman and then a a global business partnership. He was Chairman of Butler Basford Lord an organisation which helped companies claim research and development Corporation Tax allowance.

David Butler has written two Science Fiction novels, The Men Who Mastered Time and Lord of the Lightning. He also spent four years as a Labour borough Councillor in Hertford and lectures regularly on Latin and Greek literature.

David Butler believes it’s important to read the market with enormous care.  Make your own reading of the market, don’t accept other people’s. There are huge opportunities, but it’s full of pitfalls as well.

Interviewed By: Alan Cane at the WCIT Hall on the 1st February 2017