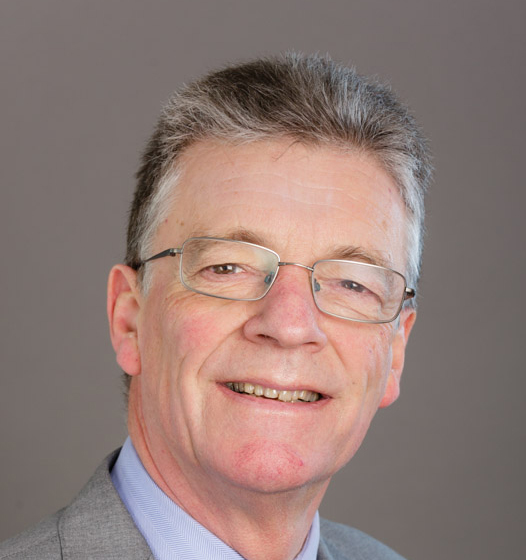 Dr Walker was a formidable academic over-achiever in his formative years.  After an early spell in university teaching and research he held top level posts, managing transformation in areas such as Industry (Alvey), Nuclear Energy and Immigration.  He advocates closer working between industry and universities and strong leadership in managing Government driven change.

Since retiring from the Civil Service he has remained busy with voluntary and charitable roles and uncovering local history.


Timothy Walker was born in Croydon in 1945. His mother was a chemistry teacher and had been the only woman in the university in the early 1920s reading chemistry, and his father, having done a variety of roles after the first world war, decided to become a Barrister in his 40s and Timothy’s mother supported him. Timothy says: “For that reason my mother kept her marriage a secret because women school teachers weren’t allowed to be married.”


Timothy went to prep school at the age of eight. He says: “My father was determined that I would have the education that he’d never had, and obviously I was going to do classics. So, that’s what I started off doing; I started French at seven, Latin at eight, Greek at ten.” After prep school, Timothy progressed to a school in Tonbridge where he had a maths scholarship which he took a year early. However then had to wait until the January term to start which left him with just two terms to prepare for his O levels. He says: “I took my eight O levels in July and I passed them all.” Having gained a scholarship for maths, Timothy moved across to science after being inspired by the launch of Sputnik. He adds: “So then having done no more than a term of science in my life I then switched over to doing essentially maths, physics, and chemistry, and not much else.”

In 1962, at the age of 15, Timothy achieved three A levels in physics, chemistry, and maths applied to go to Brasenose College, Oxford. He says: “The college was keen that I went up immediately but I didn’t want to. I thought I was too young at just 17. I said I wanted to take a year off and the college said because I’d only done two years of science, I had to stay at school for one term of that year and so the physics master and the chemistry master basically went over the first year university syllabus with me.”


He says of his time in Oxford: “I was the last of the pre-revolutionaries. My contemporaries still wore jackets and cavalry twill trousers, and didn’t object particularly to wearing gowns in college. I took my finals in ’66 and I then did a year’s research, which was part of my degree in chemistry. It was in spectroscopy and in theoretical chemistry, essentially going back to my maths, and that was when I was first introduced to computers. The computer that I first used was one that was called a Mercury. It was still powered by valves, if I wanted any elaborate programme I had to write it in machine language because otherwise it would be too slow. Then during the time I was doing that research for my undergraduate degree, Oxford got a new computer, a KDF9 and we were absolutely thrilled because we had 64k of store. I was writing in machine language and then started writing in Autocode using punched tape and then we wrote in Algol.”

Timothy adds: “When I got on to my doctorate I used some programmes that were only available on the IBM360 in Paris and my supervisor had money from NATO which paid for me to go to Paris to use those computers. They were large scale ab initio calculations on small molecules. I didn’t write the programmes, they’d been done by someone else, but I used them to do large scale calculations.”

Having gained his doctorate, Timothy then gained a research fellowship and he found himself instructing people how to write programmes and run them. He successfully completed his fellowship and spent two years post doc teaching before moving to America for two years to do more research and teaching. It was in the US that he learned Fortran. He says of the experience: “It meant that I got quite a good basis in programming in high level languages. Of course, none of that has been any use for modern computers but it meant that I had some basic understanding of what they did and how they could be used.”

Department of Trade and Industry

His first role was dealing with trade with the Middle East, giving him the opportunity to travel. Following this he moved to the deal with the Post Office, he says; “I worked on splitting the post office and creating British Telecom as a new Tory nationalised industry, and that was leading up to the privatisation. I also worked on the beginning of liberalising telecommunications. I was present at the first meeting between Mercury and British Telecom about breaking the telecoms monopoly.”

He adds: “In my civil service career I had quite a lot of interaction with a number of nationalised industries and I saw them as extremely bureaucratic and completely messed around by government and political decisions. So, I saw privatisation as a good thing operationally and managerially.”

After working on the initial phase of ‘liberating telecoms’, Timothy then moved onto industry and was involved in projects such as bringing Nissan to the UK among other negotiations. In 1982 he was sent to London Business School for a year to pursue his interest in management studies.


Of his own management style, Timothy says: “I realised the importance of being able to motivate people and being able to deal with people on a one to one basis; one couldn’t be distant. So, I would like to think of myself of an enabling manager while giving an overall direction. I’m encouraging people to work out what they should do themselves and support them in those decisions.

In my later career I tended to move more into managing large numbers of people rather than dealing only with politicians. I ran immigration with about 5,000 staff; was number two in Customs and Excise which had about 30,000 staff, , and led the Health and Safety Executive with about 4,000, and so then I was interested in not just how do you manage to lead very large numbers of people. You’ve got to give them a vision that they can identify with and spend time talking to them about it, you’ve got to be visible, and make sure you interact with all levels of the organisation. You can’t just manage the top tier.”


Having helped to start it in 1983, from 1987 to 1989, Timothy ran the Alvey programme. It was a collaboration of IT research and development. Timothy believes it laid the ground for better interaction and research between universities and industry, he says: “One of the crucial problems with the UK then was that industry and universities did not work together and did not interact very strongly. I think it was a fundamental problem about industry thinking that universities were irrelevant and universities thinking that industry wasn’t very interested in or capable of research. I think the achievement of Alvey was to lay the ground for more cooperation between industry and universities, although that didn’t happen overnight.

“One of the other elements of Alvey was the Ministry of Defence research was also associated with it. That too was a major change, both linking university research with MOD research, and linking more closely defence research with industry as well.
I would not say that Alvey changed things in its lifetime irreversibly but actually that’s what happened. When I think of the cooperation there is between universities and industry now such as you see in the Covid response, for example, my old research group in Oxford created a company called Molecular Electronics that went up to half a billion worth before it broke up, that would never have happened before Alvey. I don’t know whether great research came out of Alvey or not, but I think it did set a new tone for a cooperation that over the last 20 or 30 years has been developed and taken forward, and I think that has been extremely fruitful for the UK. I think the effects have spread wider than the IT industry.”


In 1989, Timothy moved to the department of energy where he was responsible for civil nuclear energy; he was also appointed UK governor of the International Atomic Energy Authority. Both were roles for which his previous experience served him well as he explains: “I had written about 35 papers and published them in physics journals. I understood nuclear physics, and when I met Lord Marshall who thought all civil servants were ignorant, I said to him “You do realise don’t you not only do I have a doctorate in essentially theoretical physics, but I’ve given invited lectures at Los Alamos, Oakridge and Argonne (the three US nuclear laboratories), and his jaw dropped. So, the first thing you could say I did have quite a lot of background.”

Timothy’s first task was to take the nuclear industry out of the possession of privatisation and create a new Tory nationalised industry. Here again, Timothy’s extensive experience of privatisation including British Telecom, and steel, served him well. While in the role, Timothy also oversaw the building of Sizewell B to expand production.


In 1995, Timothy moved to the Home Office where he served as Director General of the Immigration and Nationality Directorate. He was awarded a CB in 1998.


Between 2000 and 2005, Timothy was Director General of the Health and Safety Executive.


Timothy was involved in the planning for Y2K at both the Home Office and Customs and Excise. He says: “I was also involved in Y2K at Customs as well, and Customs had a lot more computing. The fact is the people who say it was a con forget that actually people didn’t know whether there was a problem or not. If you’re dealing with potentially life threatening or revenue threatening situations you can’t just say ‘it’s okay’. In the event, I don’t know whether there was a big issue that was saved, but the fact is at the time people did not know and so when you don’t know you had to take some steps to deal with it.”


Asked about the difference between public and private computer project implementation and success, Timothy says: “There are plenty of large scale disasters in private companies as well. I think on the whole the government tends to have more complicated systems and the tendency is to try to do too much too quickly. You will get better results if you do relatively small projects but the difficulty is the projects all have to be inter-related and if you do small projects one at a time then you find the project you do first isn’t quite right for the project you do last. It is extremely difficult, but I think that the major problem is that the scale of government computing is extremely large, the complexity is extremely large, and the accountability is, although not always completely transparent, is a lot more transparent than in the private industry. I think that large scale computer systems are a problem full stop.”


Timothy says that anyone wanting to enter IT need to follow their interest, whether that’s coding, systems, gaming, there is plenty of scope. He adds: “I think that the really big industrial issues are likely to involve biology over the next 20-30 years. There will be lots of computing in biology and I would personally encourage people to go into biology, mathematical biology, physical biology, and the computing that that needs.”