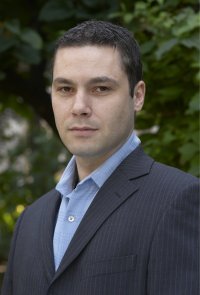 “I went from leaving prison with no qualifications to selling my business for £20m in 4,000 days”

Duane Jackson was one of three children who moved from living at home, to growing up in social care.  It was a safe, but unloving environment and Duane learned to suppress his emotions, which he says has had a long-term effect on his relationships.  At the age of 14, he was assessed by an educational psychologist who said he would either become a “master criminal” or a successful businessman when he grew up,  Duane says he has tried both, with varying degrees of success.  The educational psychologist also recommended he take his GCSEs a year early and a place was found for him at a boarding school near Dover.  Just before he was due to start at the school, he was told he would not be going due to arguments over who should pay.  He was put into Brampton Manor School in east London, and after a while started to bunk off.  No one noticed, so at the age of fifteen, he just stopped going.

At around fifteen or sixteen, Duane started to smoke cannabis.  He and his friends would club together to buy it.  He realised, that if he bought in bulk, he could supply everyone else and get his for free.  The beginnings of an entrepreneurial spirit.  After a couple of years, he was bored of that scene as he was no longer getting any pleasure from smoking.  He found himself in a situation where he had no money, and was offered an expenses paid trip to New York as an ecstasy courier, although he was not a user.  He was caught because a friend turned him in to the police to get himself out of trouble.

On a trip to Atlanta, when he was carrying drugs, he was stopped by Customs in the US.  He describes the American and UK prison systems as being very different.  In the US you rarely see the prison officers; they do their duties, and then leave the inmates alone. In the UK the prison officers are very much under control and decide what goes on.

A previous employer kindly paid for Duane’s bail, as the charges were dropped in the US, so that he could be charged in the UK.  He spent a year awaiting trial, and worked for the company providing network support to various companies around London.  Duane helped to turn it into an ISP, hosting co-locating servers.  The business was not making any money, so he was promised 20 per cent of the company when he got out of prison.  He was told in prison that the contract was not worth anything.

Prior to being released, Duane was part of a rehabilitation programme, being allowed out during the day to work.  He says you do get institutionalised; when he got out, he remembers finding it difficult to cross the road, as it seemed the traffic was coming too fast.

Volunteers from the Prince’s Trust came to visit the prison and spoke about their enterprise programme.  This made Duane realise he could probably set up his own business as he had experience in web development.  On his release, he contacted them and asked for their help.  They helped him write a business plan to ensure it was a viable business and that he knew what he was doing.  He was given £3,500, with £2,000 as a loan and £1,500 as a grant from the Trust.       It paid for a desk, business cards and a computer.

His next problem to overcome was invoicing.  He tried invoicing software such as Sage and QuickBooks but found them too expensive and complicated.  He started using Word and Excel but then met a challenge when two clients received the same invoice number, for the same amount of money, and he could not work out who had paid.  He built a quick system that would automatically give him incremental invoice numbers, and paid or not paid.  He built it on the Web, with an Access database behind it, web pages at the front end and a password-protected folder.  He spoke to his peers who were other Prince’s Trust businesses and found that they had the same problem.  He offered them copies of his programme.

Over a series of talks from the Prince’s Trust, Duane learned more about business and became more confident.  One of these talks distinguished between a service and a product.  He realised if you send a product, you can “make money in your sleep”.  He focused on rebuilding his invoicing system so that anyone could create their own account and use it.  It was the beginning of multi-servicing.  Duane also realised that charging a monthly subscription would be ideal for both his customers and himself.  It was a new business model.

The Prince’s Trust contacted him about another charity needing help with their computers.  The London Youth Support Trust, based in Hackney, had just started and were offering subsidised office space to Prince’s Trust businesses.  Duane thought this was a brilliant idea, and realised they needed to put the network cabling in.  He found someone to do it and offered to support the network, for further discounted office space.  Lord Young was chairman of the charity whom Duane met, just before the official opening of the building, and offered investment in Duane’s accounting package.

In 2013, Duane sold KashFlow and became a patron of the Prince’s Trust.  He talks to young people who are starting an enterprise programme, and explains to them the reality of starting a business – the struggles and difficulties, but also that it can be done.  The other side of it, is being invited to dinners with Prince Charles and the great and the good to persuade them to get involved with the Trust.

After selling KashFlow, Duane took his family on a big holiday in Dubai.  He used the next two years to spend more time with his family as whilst he was growing his business he was not around much.  Supdate came about because Duane realised what he enjoyed about KashFlow was the customer feedback on new features which created an evolving model.  He had struggled with giving his investors monthly updates, but understood this was essential.  Supdate is a system that compiles a report based on a paragraph written by each department in the organisation with automatically generated graphs and numbers.  The business takes around two days a week of Duane’s time and he is looking for other businesses to get involved with.

Duane says from speaking to ex-convicts and Prince’s Trust clients who are going into business, that sometimes they create an obstacle in their own minds.  He believes business is a meritocracy and if you can do the job well, people are not interested in where you came from.

Duane believes we have not decided whether prison is for punishment or rehabilitation.  He believes there should be more rehabilitation and education. He has become involved with the Centre for Entrepreneurship, which is running a pilot programme in HMP Ranby, teaching skills to inmates, enabling them to use their innate talent for good rather than evil.

Duane thinks he was a poor leader before being coached as a CEO.  He says he was not a good communicator and would often make decisions without demonstrating the pros and cons to his team.  Through coaching CTOs he has learned that it is important that the team fully understand the reasons for a particular strategy.

Duane works with Ignite accelerator and Techstars doing founder’s talks about his experience of running a business.  He has a number of informal mentoring sessions with different businesses.  He believes his own children will have many more opportunities than he did, as they attend good schools and they are in a different social group than he grew up in.  He often receives emails asking for advice from startups and will always try to help.

KashFlow has won a lot of awards and Duane believes it’s important to go back and reflect on the business.  He says his real aim was for financial security for his family, so a key moment was when he achieved his first million pounds in cash, before the business was sold.  This then enabled him to hold out, when he sold the business, for its true value, rather than accepting a lower offer.

Duane thoroughly enjoys sitting down with a laptop for six to eight hours and writing code.  He does not see it as work.  He loves the end result of having built something, particularly if it is something for people to use.  He believes it’s important to enjoy what you do as that will see you through the tough times.

Interviewed by: Kerri Mansfield on the 29th March 2017 at the WCIT Hall