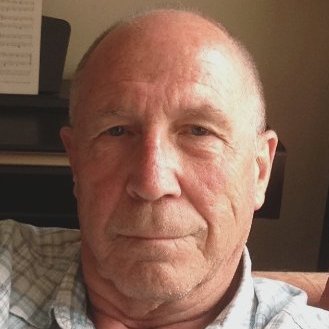 Geoff’s advice is that we desperately need female engineers and that it is important to gain an understanding of the technical side of the industry.  “That knowledge stands you in great stead when dealing with potential clients and partners.”

Geoff Shingles was born in 1939 in Norfolk.  He was the only son of a painter and decorator and the grandson of a wheelwright and a farm labourer.    He describes Norfolk as being cut off from the rest of the world by the sea and the railway.  His mother went in to domestic service at thirteen or fourteen but she was very clever.  His father was more relaxed.  He believes he inherited brains from his mother and charm from his father.

Geoff went to the local primary school where there were three brilliant teachers who took a real interest in the children.  They supported his enthusiasm for wildlife and science.   Geoff passed the Eleven Plus to get a place at grammar school where he took nine O Levels and four A Levels.

He was the first person in his family to go to university. A scholarship took Geoff to Leeds University where he studied electrical engineering.  Post-industrial smog-filled Leeds was very different from Norfolk.  He was strongly influenced by one of his professors, and describes him as a true academic, loved by everybody.  Professor Carter’s softly spoken “priestly” style was in direct contrast to the military approach Geoff had experienced at school.  He demonstrated that there was more than one way to be influential.

Geoff joined the Mullard Radio Valve Company, in south London, as a graduate apprentice.  He spent most of his time working on digital logic modules, which got him interested in computers.  He liked digital logic because it was safer.  In 1963, he moved to Elliott Brothers based in Borehamwood where he worked as a development engineer.  He was working on a “shoe-box” computer that was being built for tanks.  Geoff designed a high-speed two-core per bit memory.

When Geoff joined DEC in 1965, there were three people in the UK operation.  He moved because he felt that in the UK there was no access to senior management and wanted to work for an American company.  He was employed as a sales and service engineer in Reading.  The company had been founded in 1957 by Ken Olsen and others.  Geoff was working on PDP-5s and PDP-7s, but in during his first year, the PDP-8 was launched.  This machine enabled the company to make volume progress.  Their main customers were scientific users, with their main customers being the Atomic Energy Research Establishment and the Atomic Weapons Establishment.  The computers were used for atomic energy research.

Within three years, Geoff was appointed Managing Director.  He describes this meteoric rise as due to getting on well with people and being surrounded by others who he believes were smarter than him.  The culture of the company was to do what you think is right.  He enjoyed working there as they were given a lot of freedom as well as access to the senior people. In 1970, Digital Equipment Corporation launched the PDP-11 which was sold in huge numbers.  Geoff was  in the United States at the time as an assistant to the sales vice-president, Andy Knowles to whom he reported weekly on the number of sales. It was a great opportunity to learn abut the power structure within the organisation.

In the 1970s minicomputers were becoming more powerful.  There was a dawning realisation that these machines could be used for commerce.  Digital began selling their computers to Original Equipment Manufacturers who put commercial software, such as payroll on them.  This expanded their ability to reach out to the commercial market.  They offered one company with one operating system.

In 1971, Geoff returned to Reading for the next five years as Managing Director of Northern Europe.  Norway and Sweden were scientifically-oriented but were about four years behind the UK.  His job was to act as a mentor to the local managing directors of Norway, Sweden, Denmark and Finland, as well as integrating the functions within the UK.  It was his first exposure to dealing with foreign companies and management. There was pressure at the time to buy British which made it difficult for Digital’s customers to buy their machines in the UK.  Geoff sold the PDP-8s and a PDP-10 that was used to stress-test the Concorde airframe.

In 1975 Digital Equipment brought out DECnet, which was a forerunner of email and networking computers.  In 1976 Geoff made his first use of email with @.  In the same year he became Vice-President for Marketing for Europe, based in Geneva. In 1977, the new operating system VMS was launched.  This was followed, the next year, by the VT1000 terminal which was a dumb terminal that interfaced to the computer.  Geoff believes that if VMS had been launched into the public domain, it would have become the operating system of choice throughout the world.  He says Windows NT was basically VMS with a graphic user interface.

In 1983, Geoff returned to the UK.  Three years later, Digital Equipment’s share price peaked, but by 1987 the company was being described as arrogant and complacent.  In 1993, Ken Olsen was forced out and in 1994, Geoff also left, having made the decision in 1989 that he would go at the age of 55.

When Geoff joined Imagination Technologies in 1994, they were making graphics boards that plugged into a PC to drive computer graphics.  He was appointed as Deputy Chairman becoming Executive Chairman in 1995.  He put a talented engineer, Hossein Yassaie, in as CEO.  Geoff was dealing with investors and shareholders for the first time as the company was newly floated.

Imagination Technologies took about 20 per cent of Geoff’s time so he took on several non-executive directorships.  He joined the advisory board of the ESRC, Centre for Business Research at the University of Cambridge in 1995.  His experience of growing a company from 3 to 4,000 made him a valuable mentor.

Geoff spends a great deal of time reading about the industry and current affairs in order to make sound investments.  He plays golf, paints and sails, although believes the GPS has taken the skill and joy out of sailing.  He is also a rugby fan.

Geoff says that one of the mistakes they made at DEC was to give away their unique software and put a high price on the ubiquitous tapes, memory and added-in equipment.  He says this was the wrong way round.  However, he says his biggest mistake was not to push for the public release of VMS.

He is most proud of making no enemies, even when he had to let go people for whom he had been responsible.

Geoff believes we desperately need female engineers and that it is important to gain an understanding of the technical side.  That knowledge stands you in great stead when dealing with potential clients and partners.

Interviewed by: Richard Sharpe on the 27th February 2017 at the London Offices of BCS