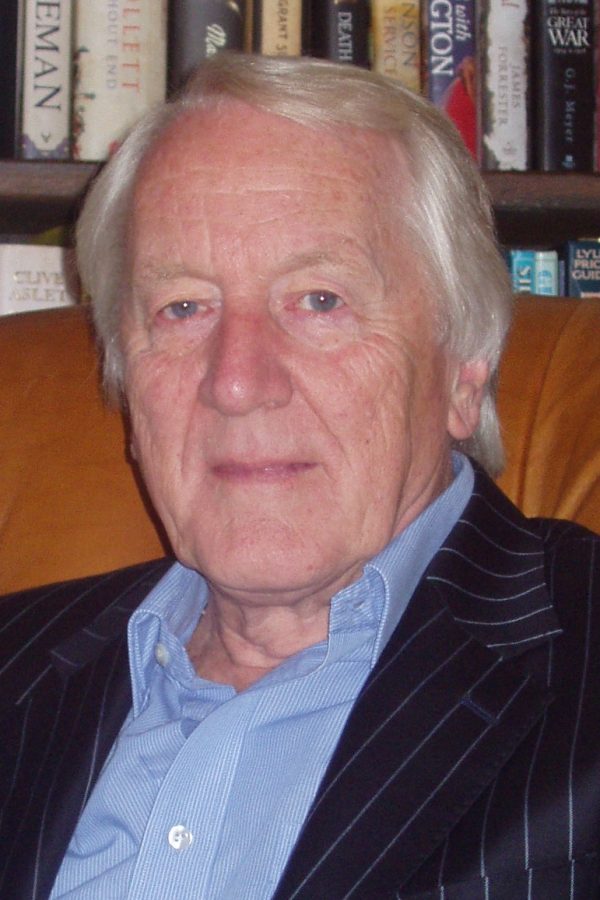 “During the time that I was involved in IT it changed dramatically from a sort of back-office function into something that impacted people’s lives, and technology became part of how we live.  And I was very much part of that revolution, in fact led the implementation of systems like that for a number of companies.”

John was born on 15 July 1944, in Tenterden, Kent. He is the son of an insurance clerk with an older brother and younger sister. His father was a conscientious objector in the second world war, working on the land and so they moved around and lived in relative poverty in the years immediately after the war.

John’s paternal grandfather was a dockworker in London until the age of 70, whilst his maternal grandfather was charge hand of a whisky distillery.  His mother grew up in the Edinburgh tenements – a tough childhood.  He says his parents taught him the importance of self-sufficiency – if he wanted more than a basic level of pocket money, he had to earn it.  He started doing part-time work from the age of twelve or thirteen.

He learned leadership skills from running a youth club in the early 1960s when they were very popular.  At the age of 19, he became the youth leader on a tough council estate.  John says he learned a lot about psychology from this experience as he grew the club to around 300 members.  He learned to engage the young people on their own terms and to motivate them.

John attended Shalford Primary School, near Guildford and then passed the Eleven Plus to obtain a place at Woking Grammar.  He remains grateful to the “incredibly intelligent and dedicated teachers” who shaped his early life.  He did not go to university.

John began his career with the Civil Service working on various issues in the Department of Health until in 1967, he had his first job in IT.

John’s first job in IT was as part of a team set up to introduce computers into the Health Service.  These computers were used to store clinical records and for recording laboratory tests, tracking patient treatments etc. Many of the computers were supplied by ICL as the Government was keen to support UK industry.  The software came from a range of suppliers.  In the 1970s John put together a paper with proposals on how to create a linked patient information network in the Health Service. We still do not have that.

John’s job progressed to supporting various health development issues before he moved back into IT in 1980,  developing proposals for the Social Security department to improve its handling of  benefit payments.  John developed a huge programme, worth £2 billion at that time, to put 1980s technology into the benefit system.  The data was transferred from vast ICL 2900 mainframe computers to disks, and then PCs.  They established a network so the offices were linked to the centre, pre-dating internet based systems.

John moved on to the Environment and Transport departments where he was responsible for all management services.  He had a strategic overview of the DVLA systems and worked on the detail of the headquarters systems of the departments.

In 1986 John moved to the private sector, and began working for Royal Mail as Group IT director.  He built the infrastructure enabling the local sorting offices to be linked.  It was the beginnings of track and trace for parcel deliveries and for the first time Royal Mail had a proper IT capability. At Royal Mail John moved from using ICL hardware, to IBM hardware.  Many companies were developing software applications that would run under the IBM operating software.

In 1990 John began work as National Power’s IT director.  The electricity industry had recently been privatized creating new companies.  National Power was the biggest electricity generator in the country.  It was a rapidly changing commodity business and the company needed to react very quickly.  The workforce was  reduced by two thirds over three years through voluntary redundancy.  At the same time, John says, the technology was “woeful”.  An employee would have three computers on his desk, all connected to different systems. It was his job to develop  integrated technology linking the power plants, out in the countryside with the offices in the city.  He added technology so that instead of communicating with power plant managers by letter typed by the typing pool and waiting a week for a reply, he put in email for everyone in the company.  It was a huge cultural change.

In 1993 John became Group IT Director at GlaxoSmithKline Plc responsible for global technology and using computers supplied by Hewlett Packard.  When he joined, the company had no international network.  His task was to link it through common technologies and software systems.  It was used for sales and research throughout the organisation.   He stayed with GSK until 1995.

Throughout his career, John generally worked for an organisation for two or three years before moving on.  His work has been to do with “fixing things that are broken”, or creating systems  that did not exist within the company.  He witnessed first-hand, IT moving from the back room, to becoming an integral part of the operation with a computer on every desk.

In 1995, John consulted for a portfolio of companies, mentoring the salesforce of Microsoft, IBM and HP amongst others.

In 2000 he became Chief Executive of CIO Connect, an organisation set up to enable CIOs to talk about the issues they were facing.  All the major corporations and the Government were represented and it was a very successful commercial venture. He stayed in this role until the end of 2004 when the company was sold.  In 2001 in parallel with this John became consultant adviser to the Medicines and Healthcare Products Regulatory Agency.  His role was to advise the board whilst they went through the process of changing from being a paper-based organisation to dealing with their research data and material on screen.

From 2004 he consulted widely with various IT companies and sat on a number of boards of high tech companies until he retired in 2012.

John’s career spanned the period when IT went from an administrative tool to a fundamental aspect of the functioning of a company and a way of securing real competitive advantage. During his time he had the opportunity to design and develop major new systems that changed the way companies worked and how they were managed. Key achievements were:

John believes the current challenge facing the IT industry, is how to best harness current consumer technologies such as social media for effective use in business. More widely society faces major issues in living with technology and the changes it is making in our culture and the way in which we live with each other. Artificial intelligence is now becoming a reality but any kind of strategic thinking on how we live with it, take advantage of it and establish safeguards to avoid some future doom laden science fiction world is conspicuous by its absence.

John observes that change must be developed in companies in a way that is non-threatening and takes full account of the fact that most people are uncomfortable with change..

In dealing with suppliers it is important not to beat  them down to their last penny in reaching deals, as if they are not making any money out of the transaction, they will not deliver their best work and support in the long-term.  What is important is securing a real partnership that delivers for both organisations.

“If you treat  customers correctly, it will generate more business.  Even if it costs you in the short term in the long term, it makes sound commercial sense.”

“If you have the opportunity to select your team, go out and find people that are better than you at their specialty. Make sure that you build and lead the best possible team.”

Interviewed by: Richard Sharpe on the 16th June 2016 at the WCIT Hall