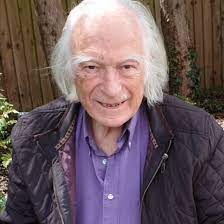 In 1960, Denis Noble developed a pioneering computer model of the working human heart using an “expensive and slow” mainframe computer, the Ferranti Mercury.

Having given up maths at 16, Denis — now Prof Emeritus and Co-director of Computational Physiology at the University of Oxford — had to teach himself machine code to program it.

He also had to use it between 2am and 4am, at a time when there was little competition from other researchers. But his discovery that hardware and software could be used to simulate biological organs led to the hugely important discipline of systems biology. This has enabled many further breakthroughs including the development of the drug, Ivabradine, to treat heart failure.

Denis has extended the subject’s scope to evolutionary biology. His books on systems biology have introduced the subject to a wider audience. He does not expect a virtual human in the near future, but foresees the possibility of biological entities with AI brains that could be weapons of war.

In 1960, as a pioneering researcher in systems biology, Denis Noble, now Professor emeritus and co-director of Computational Physiology at the University of Oxford, developed the first computer model of the working human heart. Since then, the use of software to simulate biological organs has expanded hugely and Denis’s books on systems biology have introduced the subject to a wider audience and extended its scope to evolutionary biology.

Denis’ love for biology began at school where Stanley Inwood taught him biology using a textbook called Animal Biology by Grove and Newell. He says: “It absolutely fascinated me.  He got me interested and intrigued.  He also taught me about evolution, but most of what I learned from the book, Grove and Newell’s Animal Biology is actually incorrect. That’s one of those things you discover much later in life.”

His love developed further when as an undergraduate student at University College London, he was inspired by J Z Young whom Denis describes as ‘the great anatomist and evolutionary thinker, a brilliant man.’ After graduation, he became a research student working alongside Otto Hutter, one of the last children to leave Vienna on the Kindertransport in the late 1930s. Denis adds: “I’ve been extremely lucky with one teacher and tutor after another who have been absolutely superb in leading me through my career.”

Denis’ research saw him involved in computer simulations for studying living organs, although he says that ‘strictly speaking, I shouldn’t have been involved with it at all, I had no qualifications to do it.’  He bases that on his lack of knowledge about calculus or differential equations having given up on mathematics at the age of 16 despite being one of the top people in the mathematics class and clearly having some natural talent for it. Denis says: “When I was faced in my work with Otto Hutter with the discovery of several ion channels, which are proteins in cell membranes that control the flow of electric current in the cell, we made some important experimental discoveries.  I was strongly motivated to try to see whether I could do exactly what Hodgkin and Huxley had done just 8 years previously on nerve excitation.  They developed the first mathematical model of a physiological process.”

Denis’ initial idea was to do it by hand using the Brunsviga hand calculator in the laboratory. He soon had to give up on that when he worked out it would take him six months to do a single calculation; time he did not have.

Having learned that the University College London had access to the only big mainframe computer in the whole of London, he turned to the computer engineers for help. He says: “It was a Ferranti Mercury, made of ‘light bulbs’. I use the phrase “light bulbs” because nobody nowadays seems to know what a (thermionic) valve was. This machine was extremely valuable, extremely expensive but very slow.  Nevertheless, it was capable of doing in 2 hours, what I calculated would take me 6 months to do by hand.

The engineers were sceptical that he would be able to do it and allocated him the worst possible time slot to use the computer; between 2.00-4.00am. However, this worked perfectly for Denis as he explains: “I could continue doing experiments during the day, and do the computing at night. I didn’t sleep for about three days.”

Having taught himself Mercury Autocode program language he started to get some results and then spent several weeks debugging the program before he eventually started getting some real numbers. He says: “They showed something fascinating, after each electrical pulse of this model heart which I was building, there was the hint that it would take off again; it was trying to do another pulse. This made me think that if I fine-tuned the equations within the limits of the experimental technique that gave us the results, maybe it would take off again and I would have a model of cardiac rhythm, and that is exactly what happened. So, six months from getting access to the computer, I had a paper in Nature showing that it worked.

“For a young research student looking for a thesis, it was unbelievable.  I don’t know what bigger problem you could have had in those days to produce a model of heart rhythm. Nobody knew how the rhythm of the heart was generated. There were some early mathematical attempts to represent oscillators of one kind or another, but in effect, they would incorporate an oscillator in the equations themselves and then modifying that to look like the heart.  I see that as a fudge rather than a real reconstruction from the molecular processes themselves, so, I was indeed excited.”

Having succeeded, Denis faced being examined by Alan Hodgkin, whom he describes as ‘like a god in the field of electric excitation of nerve, he was one of the kings’. The only error that Alan found in Denis’ thesis was an unreferred ‘it’. Denis passed. He says: “It’s like a dream when I think back on it nowadays, 60-odd years later, I still find it astonishing that I managed to do what I did.”

The impact of Denis’ pioneering

Thanks to Denis’ pioneering work, the use of software to simulate biological organs has exploded. One such project today is the international Physiome Project, which aims to model all the cells and organs of the body.

Denis says: “There are other things that came out of it. That early model was very simple, the later models are much more complex which made me ask why does nature bother to be so complex?  After all, I could do it with just 4 channel mechanisms in 1960, but if I had knocked out any one of those, the heart would stop beating. Your and my heart does not stop when we block major channels that take part in the rhythm. That major discovery has led to the drug ‘Ivabradine’, which was developed by the French company, Servier, based on producing a gentle, slower cardiac rhythm for people who suffer from too high a rhythm particularly during exercise, and it is now used worldwide.

“What this whole exercise taught me is what led me into evolutionary biology. I realised that nature is beautifully robust.  A major function like the rhythm of the heart doesn’t rely on just one or two, or three or four genes or their proteins, it relies on hundreds. This might seem like an extraordinary jump to make but there is a logic to it.  It is the discovery that important functions in our bodies are beautifully backed up. It’s like having both belts and braces to make sure your trousers don’t fall down; one fails, the other works. There is lots of redundancy of biology and the mathematics have shown just how strong that redundancy is.  Without the mathematics, I don’t think we would have understood that as clearly as we do.”

From super computers to desktops

The ongoing development of computers has led to vast improvements in the potential to expand on Denis’ pioneering work. In 1960 it took two hours to reproduce two seconds of heart rhythm (two beats), today it takes milliseconds. Denis says: “It may even be microseconds. Things have become so fast, but I’ve lost count of the number of Moore’s laws I’ve been through; it must be at least 40. This has enabled us to tackle very much greater complexity in nature.”

Denis’ latest modelling has been in skeletal muscle working out the mechanism of a multi-component medication for the relief of cramp. The medication is based on an ancient Chinese remedy from AD 200 which was shown to relieve muscle cramp.

Denis says: “We should be working out how do herbal remedies actually do what they do when they do?  There is some doubt about whether all this will really work in the way that people say, but that is also a question, one which you can only answer by respecting the complexity of multicomponent treatment, which is what a herbal remedy is.”

His modelling experiments on this project have been carried out using a standard but reasonably powerful processor Mac computer. He says: “We were able to reproduce about an hour or so of skeletal muscle activity in probably about 20 minutes of computation on a desktop.  Obviously, that would go even faster if you went to one of the big mainframes, but why bother with mainframes anymore? You can bang together a number of desktops or do cloud computing.”

As the power of technology continues to grow with the likes of artificial intelligence, the question of whether humans will ever be replaced is unlikely believes Denis.  He explains: “That may puzzle people because surely it must be the case that if computing power continues to increase in the way that it is and resources increase then not only will AI beat us at chess, and various other contexts, processes of algorithms of one kind or another, will surely end up even replacing us, there will be the virtual human, not just as a computational model, but it would actually be acting like us.”

He has recently written a story about the creation of a female AI who goes in search of a boyfriend but struggles to actually understand creativity in life. Denis says that this is due to the fact that computers are made of fixed components. He explains: “The computer I used in 1960, your desktop today, or even the most powerful computer in the world is made of fixed components. The microchip material, whether it is semi-conductor or metal, is a fixed solid structure.  Cells in the body are not like that, there is stochasticity occurring the whole time and we use that stochasticity to be creative.

“This has come out from that I have been doing recently and which was published in the Royal United Services Institute Journal. The military and the surveillance people are fascinated by the question of where is AI going, will we eventually have virtual soldiers?  You don’t even need to send human bodies to be killed in war, you send an AI agent out there and let them do it. We might indeed succeed in producing things that can kill and do a lot of what a soldier can do, but what it won’t have is that ability to access creatively the way in which water-based systems make that possible through the fact that we can harness stochasticity.”