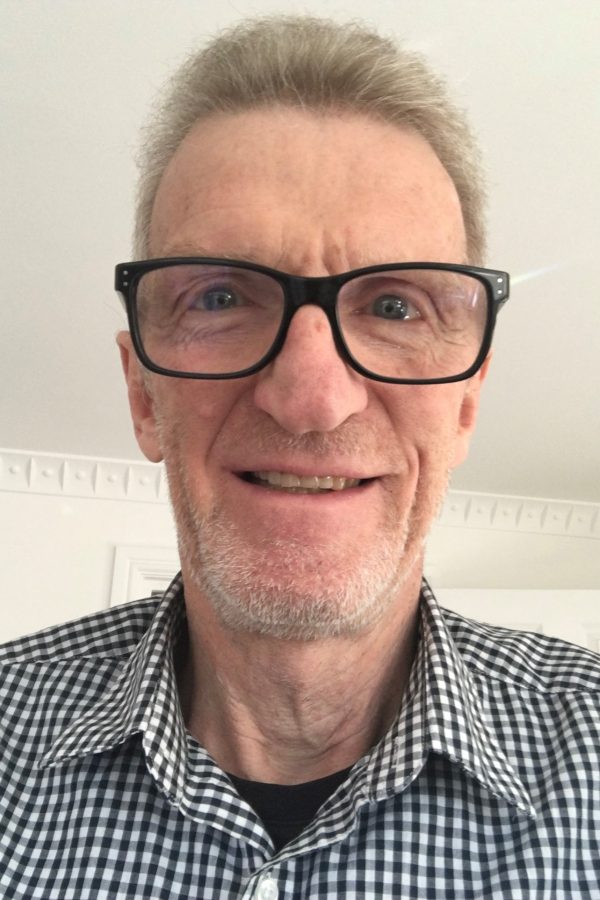 “What I have learnt over my 40 years working in IT is that:

You must always expect things to go wrong, work hard to make sure they don’t, but always have a Plan B.

Mostly success is not about using the latest or the best technology but about maintaining good relationships with all the people you have to deal with, both within your organisation at all levels, but also with your suppliers.

Always take a long-term view with regard to outsourcing and other trends – not just the next few years but the really long-term.”

Roger Marshall was born in 1946 and both his father and grandfather were farmers in Sussex. His parents valued education and encouraged him and his two siblings to study hard at school and to go into higher education.

Roger attended Herstmonceux  Primary School where he passed his eleven plus. He then progressed to the Bexhill County Grammar School, where he sat and obtained 9 O levels including maths which he took a year early. He then went on to study botany, zoology and geography at A level.

Following his A levels, Roger took a year out and worked in the Dental Estimates Board in Eastbourne.

In the midst of the swinging sixties (1966), Roger moved to London to study for a BSc in geography at University College, London. Roger says that living on a grant meant that “life in London centred around the Union Bar in UC and our digs.”

It was at UCL that Roger encountered his first computer when he did a taster course for students studying non-computer related degrees. He says of the experience: “I didn’t stick it, I really found it too techie, it was given by techies so if you already knew a fair bit about what a computer program was then it would have taught you how to write that program. I didn’t know what a program was, I didn’t know what hardware and software was. I knew nothing, which was typical of people at that time, so it was no use to me.”

However, with the university experiencing a growth in the number of companies looking to recruit for IT roles through the milkround, UCL offered students the opportunity to sit the IBM aptitude test. Roger and his friends sat the test and he scored an A grade.

He received offers from Lucus Industries in the Midlands and from the Greater London Council (GLC).  He opted to remain in London and accepted the GLC role explaining that he didn’t choose it because it was public sector but “GLC in those days was one of the biggest installations, public or private sector, in the computing world.  They had a big mainframe suite.”

In 1969 Roger joined the Greater London Council as an trainee applications programmer, situated in County Hall. During his time at the Council it would be run by Labour and Conservative parties.

His team was responsible for an application which collected the local authority rates for Havering Borough, which had no computer services of its own.  Roger explains: “We wrote the programs from scratch in Basic Assembler.  I was the junior member of the team and I was given responsibility for things like print programs, but the print programs were quite critical, with optical character reading on paying-in slips, evenin those days.”

The 300 strong IT team used to write subroutines in Basic Assembler because it was considered that, even in a commercial environment, it was more efficient in terms of machine cycles. Roger adds: “It kind of made the language higher level than you would think, but the fact remains, it was an out of date approach even in those days.  By the time I’d left, ten years later, we were programming Cobol and PL1, we’d adopted the IBM PL1.”

As a geography graduate Roger had no real experience of programming. He was sent on a six-week course at the ICL training centre and he says: “My first training and one’s first love as a programmer was Basic Assembler. Not that I loved it, but it was intellectually challenging.” He gradually got used to it with help from his colleague Brenda, a programmer, who helped him to become “self-sufficient”. He says: “After a few years of programming I was pretty good at that.  I wasn’t as good as the best people, but I was good enough.”

Roger says that the team was fairly evenly split along gender lines, his team leader was a woman, there was a female senior analyst and a male senior programmer.  He says: “I think women were seen to be, at that time, good at being an analyst as opposed to programming.”

Over the years, Roger was promoted to different roles in the team firstly to a programmer, then systems analyst and finally a team leader. He joined the GLC staff association.

Roger worked at GLC for ten years and then moved in 1979 to the London Borough of Bromley taking a role as their computer development manager. He says: “I think I was appointed because I had a good background in application management and team leadership including experience gained at Havering. Havering and Bromley are quite similar boroughs … so I had a good knowledge of, surprisingly for a GLC person, borough applications and it made me a good fit in to Bromley.”

While at Bromley, Roger’s team would go on to develop applications for the council including new applications for the social services department. It was also a time that saw the council introduce school IBM-compatible PCs and the first Apple 2 which sat in the engineering department; he says: “I remember going to their office and seeing that, and thinking, ‘Wow, that’s something completely different’.”

Having dealt with centralised computers, Roger’s initial response to micros and PCs were that: “They’d never catch on, they’re effectively a glorified calculator.  I can see them using this fancy thing to do their engineering calculations on, but it won’t really impinge on our business data processing because it’s just different, it’s a single person computer. …. We had no vision then of client server, networking of PCs, or anything like that. We didn’t treat it as being a threat, it was just another form of computer, different to ours.”

While at Bromley the council transferred from the ICL 1900 range to the ICL 2900. A range that created difficulties for ICL with both hardware and software development. However, Roger says, that apart from having to have an upgrade on the hardware, the council had few problems, he says: “Maybe we were just very conservative in the way that we operated. … We weren’t sophisticated users, we weren’t stretching the boundaries of what the hardware/software would do. As long as we kept our objectives modest and operated in a fairly conservative way we coped. I don’t remember any big crises, but I do remember that they had over-promised and under-delivered for other customers. Eventually, ICL were bought by Fujitsu.”

In 1983 Roger joined the Corporation of London as Computer Services Director, a title that later changed to IS Director. His team were working with the ICL 2900 series and his remit included telecommunications. He spent twenty-six years at the Corporation before retiring.

As well as his twenty-six years as a successful director at the Corporation of London, Roger says that coping with Y2K was one of the significant achievements of his career. As President of IT Managers for Local Government (SOCITM) he took a lead in local government IT on the issue. He says: “As far as I’m concerned, as an IT person, it was a highly successful project.  It was a project with a fixed deadline, we had enormously detailed project plans, because every bit of kit had to be evaluated and, if possible tested, and the plan all had to work first time. I’m very proud of that as a project. The only caveat to that is that some of the engineering firms were using it as an excuse to force you to upgrade, and there was nothing we could do about it because we couldn’t test our software ourselves, it was all embedded, we had to trust them.”

Roger’s period as Socitm President was also marked by a new government policy of compulsory competitive tendering (CCT).  It was a novel experience, he recalls, negotiating with senior civil servants. Prior to that time government had never considered IT as a major cost centre and all their contacts on financial matters were with County and Borough Treasurers.  It was a mark of maturity for IT that we were consulted directly on how best to introduce CCT and treated as equals with the other professional services in local government. Indeed, he noted, as a service that had already adopted outsourcing (unlike the others at that time) we were trusted to be objective in our approach. This was reflected in the outcome, with other services required to expose large tranches of their work to competition, while most IT departments had already achieved the government’s target.

Having delivered large projects on time and on budget throughout his career Roger says that building good relationships and developing a sixth sense about potential problems are key. He says: “Be upfront as soon as possible, get people on your side, and also maintain some flexibility.”  That approach certainly worked in negotiating CCT with government.

He also believes in having a plan B, he says: “Anywhere I’ve always been, I’ve always tried to have contingency  in terms of things where there’s a hard deadline and you’ve got to meet it.  Or if I haven’t, in that situation, I’ll always try and find a way of making sure there is a plan B.”

On the subject of public sector failures, Roger says that he has always been incredibly lucky to have been in a non-political environment which allowed greater stability and success. He says: “That’s a great advantage because, I saw other people in much more political authorities and, all of sudden, there’d be a change of power and all the certainties they thought they had have gone out the window and they’ve got a new set of certainties, or not certainties.”

Interviewed by: Richard Sharpe on the 10th December 2018 at the WCIT Hall