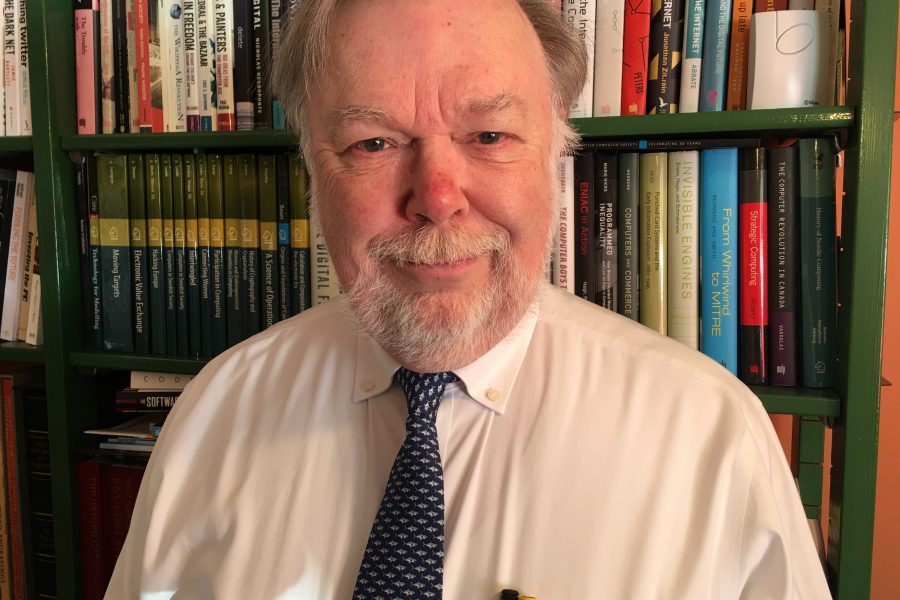 Professor John Tucker is one of the select few academic computer scientists who are also passionate about the history of computing; being a noted authority on both.  After studying maths at the newly opened University of Warwick in the ‘70’s John was captivated by interests in mathematical logic and computability and pursued studies in the UK and internationally before returning to Wales.

At Swansea, his course on the history of computing teaches undergraduate students the skills essential to the workplace, of how to learn about and communicate on unfamiliar subjects. Furthermore, it extends our understanding of “invention and innovation in Computing” and nurtures his fascination for the subject.  He has expanded his work to include the collection of hardware and documents in the Swansea Computing Collection and the study of the role of science and technology in the industry and society of South Wales.

Today he spoke to Elisabetta Mori about his life and work.  The full interview will be available in May.

Professor John Tucker on the History of Computing