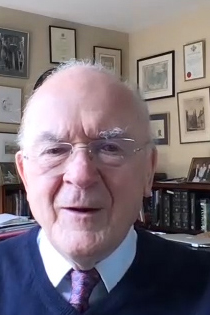 Peter Morgan MBE joined IBM as a new graduate in 1959, when transistors were just replacing vacuum tubes, and stayed for 30 years, leaving as Director of the UK subsidiary.  In this interview, he talks about the benefits the US company brought to British customers, IBM vs ICL and why the US is more successful at growing IT giants.  After leaving IBM, he became Director General of the Institute of Directors and has been chair of or a board member of many companies, six of which are in the IT sector.

He was a master of the Worshipful Company of Information Technologists. As a youth, he aspired to succeed and cites the Cambridge tutorial approach to studying History and National Service as key development activities.

He was interviewed by Richard Sharpe for Archives of IT and the full interview will be available in May.

Peter Morgan on US vs UK Startups