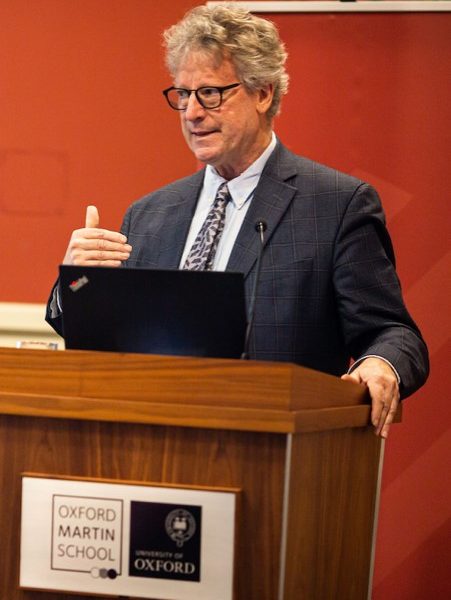 Professor Bill Dutton is an eminent authority on the role and impact of information and communications technology in society. He was the first Director of the Oxford Internet Institute, founded in 2001, with support from Dame Stephanie Shirley, to focus on the societal opportunities and challenges of the rapidly developing technology.

His graduate studies were in Political Science, since when Bill has held roles with many institutions, notably at the University of Southern California and at Oxford with Balliol College and the Oxford Martin School. Bill was also Professor of Media and Information Policy at the Quello Center and Professor at the Annanberg School for Communications.

He combines expertise in ICT and human behaviour to illuminate the interplay of technology with issues such as security, democracy, (dis)information and response to the pandemic.

Professor Dutton was interviewed by Tom Abram and his full interview should be live in August.

Bill Dutton on the Internet for Good

Bill Dutton on Studying IT and Society

Bill Dutton on IT and Democracy