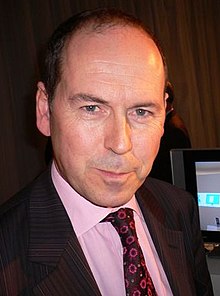 Rory Cellan-Jones provides a sharp, insightful view of the Tech in the Internet age.  He was a reporter for the BBC for 30 years, initially covering business, which got him interested in the burgeoning business of IT in the 90s.  As the industry developed he met the key players from Bill Gates to and Elon Musk and Steve Jobs and recalls the launch of the iPhone as a masterpiece of PR theatre. He chronicled  the rise and burst of the .com bubble in the UK in his book dot.bomb.

Now retired from the BBC he has reflected on the exciting and dangerous world of what he calls “the social smartphone era” in his contribution to the archive and in his new book Always On. One of his biggest mistakes, he says, was getting excited about Google Glass, which did not look cool.

Rory was interviewed by Richard Sharpe.

Rory Cellan-Jones on Microsoft and the Internet

Rory Cellan-Jones on the Arrival of the iPhone