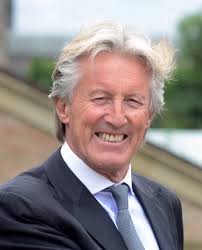 Sir Peter Ogden co-founded Computacenter in 1981, just at the right time:  IBM launched the PC legitimising desktop computing and the use of dealers to sell the products.  Computacenter focused initially on the financial sector which was Ogden’s background.  It won an IBM dealership and was promoted by IBM as one of its chosen few dealers.   The launch of Compaq IBM-compatible pcs turbo boosted the company’s growth.  Unlike other companies in the IBM PC adverts of the 1980s, Computacenter not only survived but grew, using venture capital and then an IPO.  Sir Peter likes forming companies and says when it needs an HR department it is time for him to leave.  Computacenter expanded into France and Germany, which is now a larger market for it than the UK.  Yesterday he took time out of his very busy schedule to talk to Richard Sharpe about his life and career.