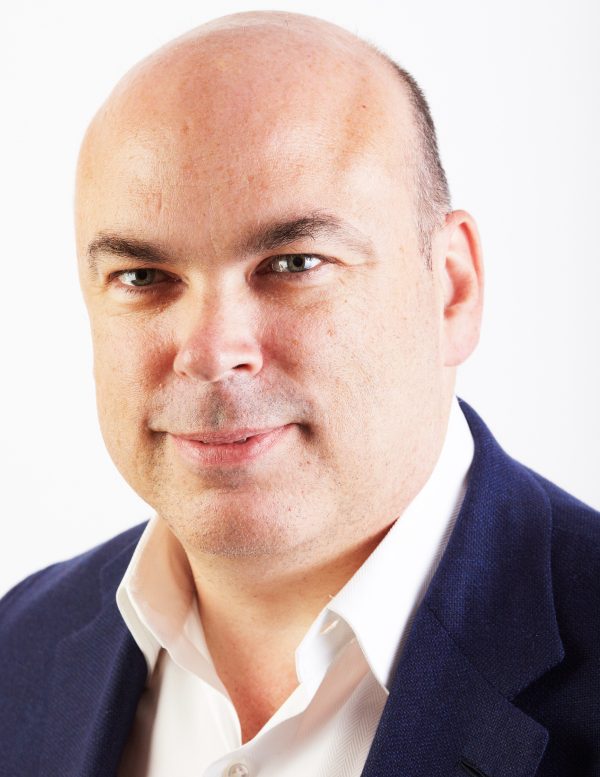 Mike Lynch founded Autonomy in Cambridge which swiftly became Europe’s largest software company selling its expertise in analysing large data sets.  He developed three vital skill-sets to build a large company: the ability to handle and create technology; the ability to manage a fast growing operation;  and the ability to successfully acquire companies and improve their products.   Autonomy was later sold to Hewlett-Packard.

In 2012 Lynch formed Invoke capital which believes that entrepreneurs should focus on the technology and not have to manage the sales force or the customer sales desk, which Invoke does for them.

Mike Lynch was born in Essex in 1965, his father was a fireman and his mother was a nurse.  His father regretted not having had the opportunity to go to university, and so he valued education very highly.  His parents were prepared to think a little bit differently and were very encouraging.  At the weekends, they would go off and visit something

His father heard that a very good, local fee-paying school, had a scholarship programme and Mike got in through that.  The school was founded by Francis Bancroft, who became Lord Mayor of London and who, when he died in the 1600s  left some money to educate poor boys.  Mike feels There were two reasons why it was a good school.  First, almost everyone in his year wasn’t paying fees, they were either paid for by Francis Bancroft, or, got in through the Eleven Plus.  So, he grew up with a normal cross-section of society in an amazing school.

Secondly the teachers were incredible and after school they would do things that were way beyond the curriculum.  Most relevant was that the maths teacher managed to get an old teletype printer connected to the university at Queen Mary College, London, with an old, acoustic modem and acoustic coupler.  So they started writing programs long before anyone had ever heard about this.  Initially they had to do it on punch cards, which was very annoying because if they made one mistake and it came back the next day and it couldn’t run.  But then they got a teletype and then, they built a Compukit UK101, which was a sort of precursor of the BBC Micro and this was all happening before it was obvious that computers were interesting.  He was there until 1983 and studied maths, further maths, physics and chemistry.

Mike won a place at Christ’s College, Cambridge and was there for three years from 1983.  Mike loved his time there as he was being taught by people who were at the cutting-edge and doing the most advanced research, and was surrounded by amazing students, who were often multi-talented.   At Cambridge he met Peter Rayner, who had basically become an apprentice in, and then worked his way up to become one of the world experts in signal processing.  Mike was very interested in his class, because he was desperate to build synthesisers, and, the big transition then was to use digital methods.  He found Peter to be an absolutely wonderful mentor that let him get on with interesting things.  Mike did a PhD in adaptive techniques in connectionist models, which is what would now be called machine learning

When Mike was at school he was a musician, and wanted digital sampler but they cost £100,000.  So, he set out to build one, which, without realising it, made him one of the few people in the world doing things with digital signal processing chips.  After designing one for himself, someone heard about it and bought the design.  Designing synthesisers was incredible training, because it’s all real time, it’s all assembler code, multiple processors. That was his first foray into commercialisation of technology.  In 1991, Mike formed a new company, Neurodynamics which was about fingerprint recognition.  He realised that very similar mathematics to that he was already using could solve the problem of fingerprint matching.  In those days, most fingerprint matching was done manually, so 30 or 40 highly-trained fingerprint experts had to go through the files for about three weeks to see if they could find a match, and they built a machine, again on digital signal processors, and it would do it in about five minutes.  They demonstrated it to an interested policeman and he loved it, and the fact that we were two people and not IBM didn’t really matter, because he tested the machine, it worked, he bought it, and it changed policing for him.  The company consisted of Mike and a chap who he had employed to work with him.

In 1996 , in response to a request from the police,  Neurodynamics developed something called the DRE, the Dynamic Reasoning Engine, which then became Autonomy.  They realised that it was applicable to much more than it’s initial purpose because in those days there was very little ability to handle textual information in a computer, and most of the world’s information is textual.  They made that into its own separate business, which was Autonomy.  Autonomy became the UK’s largest software business, and was sold to Hewlett-Packard for eleven billion.  It went from start-up to being, the second largest software company in Europe after SAP.

In 2012 Mike started Invoke Capital based on the principle that young entrepreneurs should be concentrating on the clever bit, not running the salesforce or the customer support desk, Invoke does all that.  They provide that and the money which given his track record was easier to raise than for the people they back.  Their approach is very simple, they know how to make lots of mistakes, and would like their entrepreneurs to make new and exciting mistakes.  It’s still early days but their success rate is good.  Darktrace, which they funded as a start-up at a valuation of a few million, is worth over 500 million now, and that’s in two years.

They have two rules in Invoke.  The first thing is, it has to be fundamental technology, because they like to have a big advantage.  And then, because of all the things they have already done, they only do things that we think can be very big.

Mike thinks that two companies really turned around the ability of the UK to compete in tech, and they are ARM and Autonomy.  They created, in ARM’s case about 24 billion out of the UK, and Autonomy got to eleven billion out of the UK, in a world where, there pretty much had been no, start-up to major players out of the UK.  They created an ecosystem where those things are now happening, there are a very vibrant set of technology businesses and a lot of the people that are doing things were trained in Autonomy or in ARM at some point and then went off to do things, and that’s great.

Mike feels that sometimes it was a mistake to listen to industry analysts.  He remembers when Gartner declared that the internet ad model was dead, and they had a technology at the time that was more advanced than Google, and pulled the plug because we didn’t see a business model for it.  And of course, Gartner were wrong, and, the rest is history.  So, he doesn’t tend to listen to them as much.

Mike thinks the challenge initially in the UK was, there was no start-up scene, and so it was a, considered a very questionable thing to do, and because of that, there was no finance.  So it’s great that that has, that has changed.  Another major challenge is collecting good people, and, Mike feels the trick there is to realise what you don’t want is ten copies of yourself; you want people that are very different to you.

Businesses are all about the talent, and so, look after the good people; don’t put up with the bad people.  And those are the two sides of the same coin.

Mike thinks learning principles about things is better than learning things.  There’s no point in learning about things that are going to change.  Also, to really understand what is technology and what is the application of technology.  Wanting to be in technology, is different to being in something that’s enabled by technology.  Another thing he think is very important is just understanding that the technologies which are appearing now mean everything can be rewritten.  Have an open mind about how things could be done differently.

Mike thinks that we’re in a period of incredible change.  That recent breakthroughs in AI are going to change a lot of things.  He thinks that personalised medicine where the treatments are down to an individual, especially in areas like cancer, are going to be key.

Interviewed by: Richard Sharpe on the 31st January 2017 in London